Counterfeit or fake products are a worldwide problem. The sale of counterfeit products brings down the sales of manufacturers, impacts the brand images, evades tax revenue, and most importantly affects the lives of end consumers. Over the past few years, the growing menace of fake goods has jolted economies worldwide and has emerged as a challenge for governments.

In this blog, we list 5 mind-blowing facts about counterfeit products.

1. Online sale of counterfeit goods is more than the sale of street-side products

According to a report by US Trade Representative Office, the sale of online fake products is set to overtake the sale of street goods. This is due to the rise in penetration of the internet, the growing trend of shopping from homes, and the availability of a large variety of goods on a single platform. Moreover, a large number of legitimate courier companies are involved in the transportation of fake goods. Together all these factors have contributed to the rise in online fake goods.

2. 3 out of every 4 fake goods are manufactured in China

The sale of fake goods has taken over the international business by storm. According to media reports, the majority of fake goods have their origin in China. Legitimate manufacturers are facing challenges due to the sale of counterfeit goods of Chinese origin. This has affected their profits and tarnished their brand image.

3. Footwears are the most counterfeited goods worldwide

According to a report by OECD, footwear was the topmost traded fake item at 22%, followed by clothing at 16%. Another report by media states that Nike sneakers are the most counterfeited goods in the world. No wonder, the rise of fake footwear has created a problem for legitimate manufacturers who have invested millions of dollars in manufacturing and promoting their brands.

An OECD report stated that the sale of counterfeit goods has exceeded an amount of 500 billion dollar annually across the globe. This is 3.3 % of the world trade and is expected to grow in case of poor regulations, weak custom laws and the rising trend of knowingly buying fakes.

Holostik is leading market player in catering anti-counterfeiting, smart packaging and supply chain visibility solutions. We have been securing companies worldwide from the menace of counterfeiting since 1991. To know more about our solutions, call us on +91–785-785-7000 or drop us a mail at connect@holostik.com 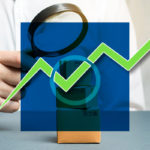 How product authentication can boost your business growth