Counterfeiting or duplication is a growing problem across the world. It badly affects the government, businesses, and consumers. People across the world are suffering from the menace of duplicate products which is regularly authenticated by different reports and news coming from different parts of the world.

Market experts believe that the growing globalization is the main reason behind rampant duplication. They say that in order to increase their manufacturing capacity and hire cheap labor big companies shifted their base to developing and third world countries. However, the major problem in these areas was that of lack of anti-duplication regulation and poor IP laws.

This made the way for counterfeiters and they were easily able to steal technology to manufacture duplicate goods. With the passage of time, they became more organized and took counterfeiting on a much larger scale.

According to a report by OECD (Organisation for Economic Co-operation and Development) United States, Italy, France, Switzerland, Japan, and Germany are the hardest hit countries, with the majority (83%) of fake goods originating (not surprisingly) from China and Hong Kong. European brands are among the most impacted, with an estimated 5% of all goods imported into the European Union (EU) being fake. This represents as much as $118 billion.

With the growth and penetration of internet technology counterfeits are now being sold on different internet platforms. According to the International Trademark Association, “Criminals prefer to sell counterfeits on the Internet for many reasons. They can hide behind the anonymity of the Internet with the Dark Web even their IP addresses can be hidden. The Internet gives them the reach to sell to consumers globally-outside of the national limits of law enforcement.”

The global problem of counterfeiting must be addressed on multiple fronts with collaborative efforts of the government, industry players and anti-counterfeiting solution providers. 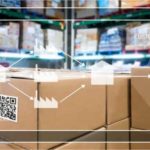 Why organisations must use Holostik’s inventory management system? 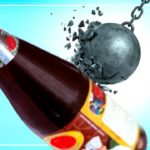