Counterfeiting or duplication is a growing menace which has an evil impact on different industries. Organisations lose millions of dollars every year due to the sale of counterfeit products. The problem of duplication has sneaked in every sector. It is estimated that by 2022, the value of counterfeit and pirated goods will be around $1.90 -$2.81 trillion as per FICCI.

Most of the times the repeated attempts of organizations to fight the counterfeits have turned futile. A large amount of money and resources are spent on fighting fakes. However, it is not just the companies which are facing the wrath of counterfeit products, consumers also bear its brunt. To say it simply, there are many impacts of duplication on the consumers.

Duplication poses a significant risk to consumers. Counterfeit goods can lead to injuries, illnesses, death as in the case of counterfeit drugs. In cases where counterfeit goods cause no physical harm, consumers are harmed financially when they are duped into spending their hard-earned cash for a poor-quality fake.

Let’s discuss the negative effects of counterfeiting on consumers.

Consumers lose trust in the product and the brand: Many a time a product or a service is beneficial for the consumer but due to the sale of counterfeits original products and companies lose their credibility. This brings down the reputation of the brands in the long run and a company is not able to win the trust of the consumer again.

Why Holostik’s loyalty management system is important for companies? 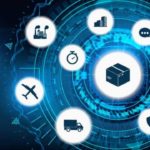 Why securing supply chains is important for manufacturers?