Counterfeiting is a trillion-dollar illegal business having its presence in almost every part of the world. Today, counterfeiting is posing a threat to not just the consumers but also to the economic growth of the nations.

The menace of counterfeiting has reached a global value of trillions of dollars. Counterfeit products are not just posing a threat to the legitimate manufacturers but also to consumers. We often come across news reports from different parts of the world where consumers have been badly affected by fake products.

As per a joint report by OECD and EUIPO, “Global sales of fake and pirated goods have soared to 460 billion euros ($522 billion) a year, amounting to a whopping 3.3 percent of world trade.” The report also states the nations most affected by counterfeiting which includes the United States, Japan, South Korea, and the EU states. However, the effects of counterfeiting are not just visible in developed countries but are also hampering the growth of the developing world.

According to ASPA the value of counterfeiting in India has reached one lakh crore annually and is causing big trouble to the national economy.

Let’s discuss some of the negative impacts of counterfeiting on the economy of the country.

Finally, we can conclude that counterfeiting has multiple negative effects, which are very harmful to the economic growth of the country if not checked on time by authorities and the respective governments of their countries. 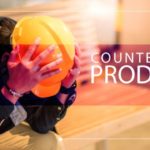 The challenges faced by manufacturers due to counterfeiting

Why holography plays an important role in secure product packaging?