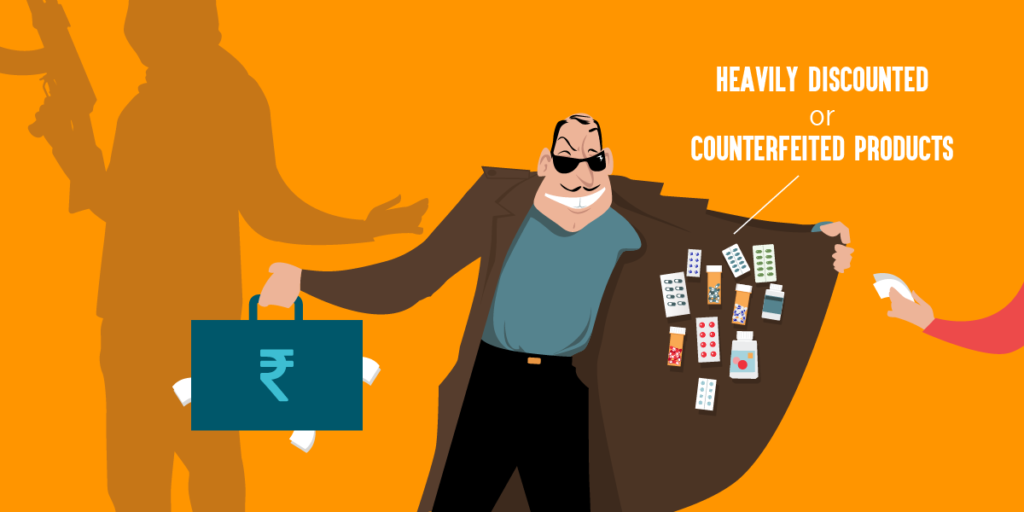 International law enforcement and market experts have established a close link between counterfeiting and other forms of criminal activities. It has been found that the counterfeiting business helps criminals to fuel other illegal activities and vice-versa. EUROPOL (European Union Agency for Law Enforcement Cooperation) has even warned that counterfeiting is an increasingly attractive avenue for organized crime syndicates to diversify and increase their illicit businesses.

It has also been found that counterfeiters use similar routes and modus operandi to supply counterfeit goods as they do to smuggle drugs, firearms and human trafficking. Profits from other crimes and illicit activities also help in the production and distribution of counterfeit goods. Many reports from different countries have established the fact that profits from crimes like drug trafficking and other crimes were used to promote the business of counterfeiting and, similarly proceeds from the sale of duplicate goods were used to promote the criminal’s other illicit activities.

One of the main reasons why criminals choose counterfeiting over other criminal activities is due to its favourable ratio between potential profits and possible risks. According to Executive Director, UNODC (United Nations Office on Drugs and Crime) Yuri Fedotov, “In comparison to other crimes such as drug trafficking, the production and distribution of counterfeit goods present a low-risk/high-profit opportunity for criminals. Counterfeiting feeds money laundering activities and encourages corruption. There is also evidence of some involvement or overlap with drug trafficking and other serious crimes.”