Counterfeiting is a global problem which is growing on a rapid scale devouring economic growth and affecting the society badly. According to a report by the OECD and the EU’s Intellectual Property Office, “The value of imported fake goods rose to $509 billion in 2016, up from $461 billion three years ago.”

The report also states, “Global sales of counterfeit and pirated goods have soared to $522 billion a year, amounting to a whopping 3.3 per cent of world trade.” Different experts cite different reasons behind the growth and expansion of counterfeiting but there are a few main reasons which are responsible for its monstrous growth.

The trend of knowingly buying fakes: One of the biggest reason behind the rise of fakes is that there is a big market for it. The rise of luxury brand value has deeply steeped in the heart of millions and the only possible way to afford it is to buy a fake luxury product which satisfies one’s obsession for costly goods and is affordable at the same time. There are a large number of people buying fakes compared to the ones who unknowingly fall victim to counterfeit products. Moreover, counterfeits offer a high-profit margin for distributors and retailers compared to genuine products.

Poor IP laws and weak monitoring of supply chains: The governments in different countries need to make stringent intellectual property laws and should equip authorities with advance mechanisms to monitor supply chains. Perhaps one of the reasons behind the flourishing counterfeit business is due to the absence of these two steps. In the presence of strict IP laws, the chances of copyright violations come down drastically and curb the practice of counterfeiting. Besides, government authorities should also be equipped with advanced monitoring technologies to look out for any loopholes.

The rise of counterfeit business on the web: Nowadays, counterfeiting has intruded the online marketplace. We regularly encounter spurious websites and social media links on the web which showcase alluring deals on different kinds of products. But do we really know how the product actually looks like? According to the International Trademark Association, “Criminals prefer to sell counterfeits on the Internet for many reasons. They can hide behind the anonymity of the Internet with the Dark Web even their IP addresses can be hidden. The Internet gives them the reach to sell to consumers globally-outside of the national limits of law enforcement.”

Are you comparing apple-to-apple while calculating costs for different labelling technologies for your packaging? 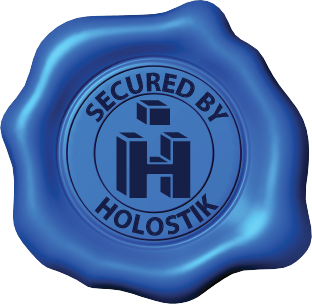 The Seal of Genuineness