As per the law of nature, all living beings require energy, nutrients and a sustainable environment for their growth. Plants and trees are no different from the rest of living organisms and require all the above-mentioned essentials. Plants and trees have been cultivated by humans for centuries. Today, with the growth of agricultural technology which includes genetically modified seeds, fertilizers, pesticides, insecticides and advanced farming equipment, the output of crops has grown manifolds.

According to Food Agriculture Organisation, “Agriculture, with its allied sectors, is the largest source of livelihoods in India, 70% of its rural households still depend primarily on agriculture for their livelihood, with 82% of farmers being small and marginal. In 2017-18, total food grain production was estimated at 275 million tonnes.”

However, there has been an upscale growth of spurious agrochemicals and fake agro products which are ruining the overall crop yield badly. These fake products harm the harvest, the soil, environment and the economy of the country. One of the biggest reasons for the rise in counterfeiting of different agrochemicals is the huge demand for agrochemicals in different parts of India. As per FICCI, the Indian agrochemical industry will double in size to $8.1 billion by 2025.

Since spurious agrochemicals are cheap and easily available farmers purchase them on a large scale. Moreover, these chemicals are either ineffective or leave many side effects on the crops. According to industry experts, the formulations do work as pesticides but also leave traces of by-products that badly affect the soil and the environment.

Besides being cheap there is a growing demand for spurious agrochemicals because many times farmers are not able to recognise between a genuine and a fake product. Moreover, loopholes in the supply chain also lead to the intrusion of fake products in the market. 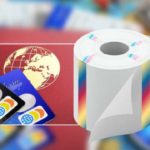