According to a report by FICCI on Illicit Trade, “The Indian auto component industry suffered a loss of INR10501 crores in 2014 due to grey market which increased from INR 9198 crores in 2012.”

Due to the above-mentioned reasons there has been an exponential growth in counterfeiting of automotive parts and has deeply troubled the automotive industry, government and last but not least consumers. Let’s discuss these impacts in detail:

Let’s know all about holographic wide web films from Holostik

The impact of counterfeiting on the Indian apparel industry

Are you comparing apple-to-apple while calculating costs for different labelling technologies for your packaging? 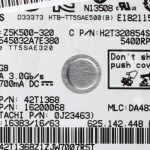