Counterfeiting is a trillion-dollar illegal business having its presence in almost every part of the world. Today, counterfeiting is posing a threat to not just the consumers but also to the economic growth of the nations.

According to an OECD and EUIPO report, “Global sales of counterfeit and pirated goods have soared to 460 billion euros ($522 billion) a year, amounting to a whopping 3.3 per cent of world trade.”

The report also states the nations most affected by counterfeiting which includes the United States, Japan, South Korea and the EU states. However, the effects of counterfeiting are not just visible in developed countries but are also hampering the growth of the developing world.

Let’s discuss some of the impacts of counterfeiting on the economy of a country:

Rise in unemployment: Since the counterfeit industry takes away the profits of credible companies, they are not able to recruit new employees. The financial instability of the industries creates massive unemployment which is linked indirectly to the problem of counterfeiting.

Finally, we can conclude that counterfeiting has multiple negative effects, which are very harmful to the economic growth of the country if not checked on time by authorities and the respective governments of their countries. 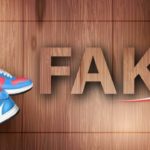 The rise of counterfeiting in the footwear industry

Why Holostik’s loyalty management system is important for companies?