However, counterfeiting not just impacts luxurious brands but also affects those products which are affordable for the common man. With the growth of online trade, a large number of fake products and accessories are being sold online. Of late, global e-commerce giants like Amazon and Alibaba are suffering from the menace of counterfeit goods.

According to a report by Research and Markets, the global value of counterfeiting has reached a monstrous value of more than $1 trillion.

Impact of buying decisions on counterfeiting

Consumers play a major role in the impact of counterfeiting. While numerous buyers are being duped with fake products, there are many who knowingly buy fakes.

According to a survey conducted by Civic Science in the US, “Around 10% of respondents had purchased a counterfeit knowingly.”

Over the years, there are many factors that have contributed to the rising consumer trend of knowingly buying fakes. Some of them are a rise of social media influencers, pop culture and a personal likeness for brands and luxurious goods. In a scenario when the common man is not able to purchase original costly items, he or she resorts to buying fake items- for fulfilling the desire.

The problem due to knowingly buying counterfeits

No wonder, there are numerous problems caused due to fake goods, however, in most cases, a consumer is not aware if he or she is buying a counterfeit or not.

The problem of knowingly buying fakes is a grave concern because in this scenario the consumer is promoting the sale of counterfeits. In such a case, awareness regarding fake brands turns futile and manufacturers are not able to take concrete action.

To deal with the same, strict regulatory measures should be implemented which prevent the sale of counterfeits on all the platforms. Moreover, manufacturers should resort to secure packaging solutions for enhanced supply chain security and inventory visibility.

Holostik is a leading player in catering wide variety of anti-counterfeiting and IT-enabled supply chain solutions. Our products like security holograms, security labels, wads, shrink sleeves combined with digital authentication help in preventing counterfeits and the safety of the supply chain. 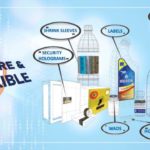