At the start of this year, two ill-fated hooch tragedies in the states of Uttarakhand, UP and Assam took more than 200 lives and shocked the entire nation. A big question was raised on the regulatory framework of the states’ excise departments and the government machinery. However, hooch tragedies have been happening in India for the past so many years.

Here are the number of people who died due to counterfeit and adulterated liquor in the last 10 years.

According to Illicit Markets- A threat to our National Interests published by FICCI and Thought Arbitrage Research Institute in 2015, the grey market loss to the alcoholic beverage industry stood at INR 14,140 crore in 2014 which had increased from INR 5,626 crore in 2012.  This resulted in a huge tax loss to the government with an estimated revenue of INR 6,309 crore.

The figures are quite disturbing and have a direct impact on the alcohol and beverages industry in many ways. Let’s discuss them one by one.

Effects of counterfeiting on the alcohol and beverage industry

One of the best solutions against illicit liquor is the use of tax stamps which include both physical and digital security features. For example, tax stamps must include bar codes or QR codes along with a hologram for enhanced two-step security. This helps in checking the counterfeiting of liquor to a large extent as fraudulent are not able to copy the holographic features with ease. Moreover, the digital security feature also helps in tracking the product in the supply chain along with a host of other IT-enabled supply chain management features. 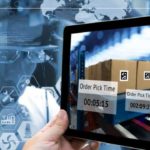 The amalgamation of digital and physical securities to prevent counterfeiting 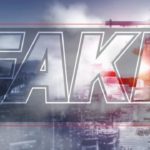