In the past 42 years, we have created unparalleled goodwill in the market and among our customers. 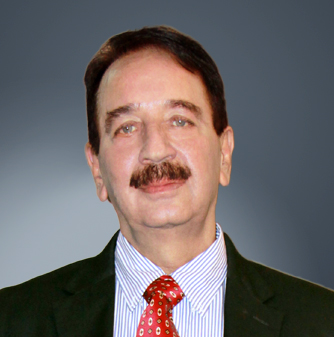 He has been associated with chemical industry since 1976 and has a vast experience of 40+ years in aroma chemicals and essential oils.

Right from the beginning, he had an inclination towards marketing due to his father and entire family were associated with marketing with various MNCs.

He was an integral part of the company, Camphor and Allied Ltd having served at various posts and locations. He started off as a management trainee, shifted to market research and then became the president in 1998. It was in 2008, he left the company and since then has been associated with Holostik Group.

He is the man behind the initiation, success and development of United Multichem and has been wholly solely involved with it since its inception. With his aspiring ideas, great exhilaration and untiring hard work, the company has touched new benchmarks and milestones. He looks after the various tie-ups with companies, new fragrances, quality assurance and everything that open ups new dimensions for the company.

Mr. Mendiratta has earned a degree in English Hons from Hansraj College (Delhi University) and is a pass out of Mount St. Mary’s school, New Delhi.