Those gleaming seals on the tops of your medicine bottles? Holographic induction sealing wads, also known as an induction liner, looks like that. Wads prevent pills from being spilled, contaminated, or broken, as well as illegal dealers from selling medicinal products. They are named holographic wads since they employ holograms to showcase the emblem or trademark of the business being marketed.

How are These Seals Made?

Our company produces induction sealing wads by first bonding a holographic foil with aluminum foil to offer further security to bottle caps. To make them moisture-resistant, a coating of wax is applied first, followed by yet another application of LDPE(low-density polyethylene).

These caps are heated throughout the processing and packaging phase. It causes the wax to dissolve and adhere to all the layers securely. Our company, Holostik, expertly manufactures security holograms. We take great care to create high-quality induction sealing wads to guarantee that the medications within are not interfered with.

Benefits of Sealing Wad and Why it is a Necessary Investment

Prevents tampering, manipulation, and adulteration of the properties of the mixture from manufacturing to the user.

The freshness of the items

Ensures that the flavor and fragrance of the goods are preserved till consumption or usage, thanks to the induction sealing wads.

Prevention from Spillage, Corrosion, and Degradation

The ingredients of the product are not split or lost. The seal is an excellent way to protect medicines and reagents against contamination that may compromise purity and efficiency.

The induction sealing wads are placed in the cap by the manufacturer. As a result, just the induction cap sealing machine needs to be placed on the filling line.

Induction heat treatment allows heat-sensitive items such as lotions, oil products, insecticides, and other chemicals to be sealed more efficiently and smoothly than traditional conductive heat sealing, which might deteriorate or catch fire.

On the interior, there is a foil that may be utilized for advertising or marketing.

There are different types of induction liners, with holographic liners being one of them. Other variations are available depending on the client’s and product’s requirements. They are as follows:

Where Are They Used?

As you would expect, these induction sealing wads aren’t simply utilized in the pharmaceutical sector to print brands or symbols over bottles; they are also employed in a variety of other industries that require leak-proof packaging, such as:

As one of the world’s top makers of induction liners and seals, our company Holostik is known for creating unique and personalized holograms for high-quality seals that prevent duplication and eliminate leakage. 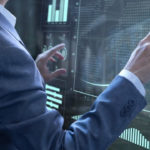 Increase Your ROI with Track and Trace Solutions 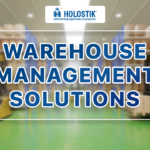 Why Using Warehouse Management Solution is Crucial for Your Business