Casio is the leading Japanese brand which has a legacy of manufacturing the most enticing electronic gadgets. One of its most popular products, that created a craze across the world has been the G Shock watch, which was first introduced in the year 1983. The USP of this watch is the use of sophisticated technology encased in a rugged yet modern body. The watch is designed to bear the most brutal shocks. It wouldn’t be wrong to say that it is amongst the toughest watch ever developed. G Shock is an ideal watch for outdoors, military and sports.

Counterfeiters are ruining the Casio brand name and trustworthiness by selling phoney low-quality replicas of G Shock in many countries. But, after reading this you will be able to differentiate a fake Casio G Shock from a real one. You can perform some checks by observing and executing the following points:

1.The packaging: Packaging is one way to identify a fake G Shock. A fake one will come in an aluminium box, but the original G Shock comes in an aluminium box which is encased in a cardboard box. Even though this may not verify a product’s authenticity, but it gives relief to the buyer.

3.Watch Buckle: You may find it difficult to distinguish between the buckle of fake and original G Shock but on closer inspection, you will be able to catch a duplicate product. The buckle of an original G Shock is quite shiny with ‘CASIO CHINA’ written on the back side whereas, the fake one will have a matte finish with ‘CASIO JAPAN’ written on it.

4.The Back Plate and Screws: This is another important differentiator. The real one is deeply engraved but in a fake watch, the case is not the same. Moreover, in the original backplate the model no. is written correctly but in the fake product, it is not written correctly-check for spelling errors and typos. In addition, the screws on the real watch are bigger as compared to ones in fake product.

5.Check the lights: The colour of watch light is the same in both the real and fake watch but, the intensity and colour temperature are different in fake and real watch.

7.Function: This is a very important point. For example, the original G Shock camouflage series has a reverse lit display whereas a fake one has a normal display. Although other models may also have a normal display, so it is very difficult to spot the difference.

As counterfeiters now have more access to latest technology they are coming with replicas which are cloned copies of the original products. There are chances that even the above-mentioned checks may become futile in near future therefore, it is better to buy a G Shock from an authorised dealer. 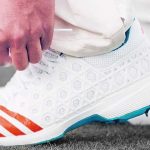 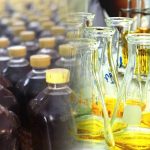 How to determine if your mustard oil is genuine or fake?