There are many times when the medicines you take do not help you in relieving from the ailment. Sometimes these medicines may cause many unwanted side effects on your body. This simply means that such medicines may be of low quality or counterfeit.

The market of fake medicines has grown tremendously over the past few years. Such spurious medicines can be found at government pharmacies, big pharma stores, local drug stores to small shops. Nowadays, people have become highly susceptible to fake or spurious medicines. This is because of many reasons like lack of awareness, poor monitoring of supply chains and weak regulations.

Here are some shocking facts about counterfeiting in the Pharma industry.

Now let’s discuss some of the challenges posed by counterfeit medicines.

1. Prevents the business growth of Pharma companies: One of the biggest impacts of counterfeiting in the pharma business is that it brings down the profits of legitimate manufacturers. Market reports state that fake medicines lead to an annual loss of $46 billion for pharma companies worldwide.

Hampers the use and promotion of low-cost generic drugs: A major share of India’s drug market is dominated by branded generics. To promote the use of less expensive branded generic medicines government is taking various measures but, the circulation of fake drugs blocks its promotion and sale. This is because medicine earns a bad reputation due to its duplication.

3. Increased pressure on health and economy: The use of counterfeit medicines increases unnecessary costs on public health. This is due to their unwanted side effects which leads to a host of other health complications and diseases subsequently creating a vicious circle.

4. The extra cost for resources: To tackle the issue of counterfeit government has created many regulatory bodies but, has failed to counter the problem due to lack of manpower, for more human resources increase in costs are quite evident. For instance, India’s Central Drugs Standard Organization which is the country’s drug regulator had just 233 employees in 2014. In order to increase the strength of employees will bring an extra burden on the government in the form of increased expenditures. 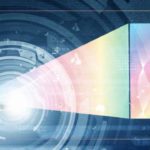 The integration of holographic and digital technologies against counterfeiting

How wide web films play an important role in packaging?