Did you know that counterfeit cigarettes can contain arsenic, pesticides and even rat poison? Well, there have been numerous instances across the world where authorities have seized large stocks of fake cigarettes, phoney cigars and other cheap grade tobacco products.

According to a report by UK daily Independent, “Almost 45 billion fake cigarettes, which can contain arsenic, pesticides and rat poison, are smoked in the UK each year.”

However, the problem of fake tobacco is on the global scale and different countries are facing the onslaught of counterfeit tobacco products. According to a report by FICCI CASCADE, “The illicit tobacco market is expected to grow by 16% by 2020.”

Such alarming figures point towards a grim scenario where not just tobacco product manufacturers but also the consumers will have to face many negative outcomes. Some of the harmful effects of fake tobacco products are as follows:

Experts believe that a rise in tax, high prices of tobacco goods lead to the popularity of counterfeits. Governments are now strictly dealing with the sale and supply of fake tobacco products. Customs officials and police authorities are keeping a close watch of criminal networks dealing in the trade of fake tobacco products. Besides government monitoring, use of different anti-counterfeiting solutions is also safeguarding tobacco-based products against duplication.

To get anti-counterfeiting products and solutions from us call us on +91–785-785-7000 or mail us at connect@holostik.com. 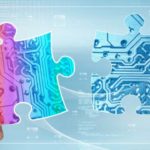 The use of integrated anti-counterfeiting technology against fake products 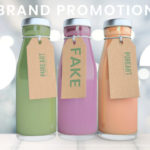 Why packaging is more than just grabbing eyeballs?